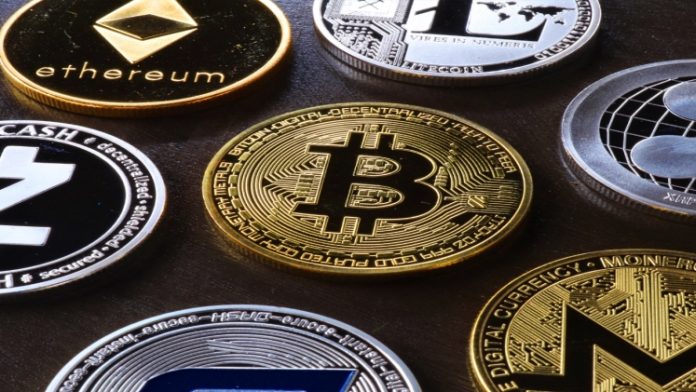 What Does Pegged Mean in Crypto?

Pegged in crypto terms means that the token is tied down to the value of another asset. The most popular forms of pegged crypto tokens are typically the ones that are always worth the same as a US dollar. Fiat currency though is not the only type of asset that a pegged crypto token can be tied to. There are plenty of benefits that both decentralized exchange platforms, and users can find these pegged cryptocurrencies or stable coins as they are also known.

For platforms and decentralized exchanges, it’s a way to offer a sense of common ground for folks who want to process their payments and operations through these platforms. At the same time, it’s a way to legitimize the token that they are putting out there as the official token of the site. For example with Saddle Finance a popular market maker there are different tokens that can be used on the platform. Each of which is tied to a different asset.

Benefits of Pegged Crypto For Investors

Not having to deal with the volatility of a cryptocurrency is a big one. Let’s say that you’re closing a big deal that is going to require a large sum of money to be transferred. That’s why you want to use blockchain technology for transactions. It brings benefits to the table like the speed of the transaction and the smaller fees for such a large operation. What you don’t want is for the price of ETH to drop or raise minutes, or hours before the operation. Yes, you can adjust your price tag if that is to happen.

To make sure that you don’t have to deal with those issues though you may want to use a stablecoin DEX. To make sure that the value of not only the coin but the entire transaction is tied down to a much more stable asset. The platform can also act as a mediator of the transaction. To make this less of a gentleman’s agreement. As it potentially was in the early days of cryptos. Where it’s like a hostage negotiation I release the merchandise when I see the money in the account. If I don’t get the product I can’t track you down!

Should You Look To Use Pegged Crypto Tokens?

That really depends on you, and how you operate. More and more people are becoming fully decentralized. To the point where the main currency that they handle their full operation in is ETH for example. For those people maybe pegged crypto tokens are not as necessary. Most people, though, still have a strong foothold in the traditional banking world. For them using a stablecoin is going to be a necessity for sure.

In many ways, they can help you avoid misunderstandings between different parties. Particularly, as was mentioned before, if one side isn’t necessarily a blockchain native if you will. Pegged tokens can be a bit of a foothold in the traditional banking systems. Many companies are going to be quick to appreciate that for sure.

The best sites to see the market capitalization of blockchain games